Layouts for income statement and balance sheet in Finnish, Swedish and English

⇒ Finlex.fi / Government Decree on the information presented in the financial statements of a small undertaking and micro-undertaking

There are four different layouts for profit and loss account (income statement) in the Finnish Accounting Ordinance.

There is one layout for balance sheet in the Finnish Accounting Ordinance. 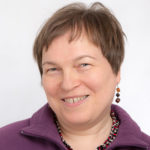